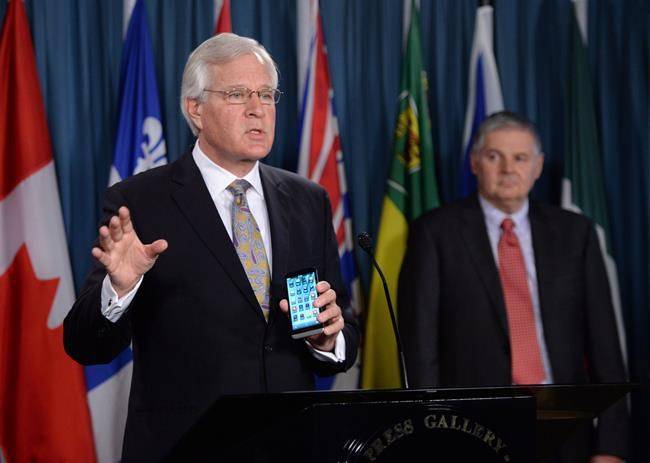 Former Conservative MP Terence Young is calling for Health Minister Jane Philpott to personally review her department’s handling of a law that bears his daughter’s name — a request supported by both opposition parties.

Young says a robust drug safety bill — called Vanessa’s Law — cleared the House of Commons and Senate without dissent but he now believes Health Canada is quietly looking to dilute its powers in related regulations.

He points to consultation documents from the department this summer as evidence of this, suggesting key requirements in the law — including mandatory adverse drug reaction reporting by health care institutions — are being “gutted.”

Philpott cannot allow this to happen, he said.

“I would tell her she’s got to intervene and tell Health Canada ‘I want all serious drug reactions that happen in Canada’,” Young said. “I would tell her if you don’t do this, you are going to set us back 10 years on prescription drug safety.”

For Young, who lost his seat in 2015, the issue is personal: he’s spent years advocating for improved drug safety laws following the death of his 15-year old daughter after she took a medication to treat a mild form of an eating disorder.

He said when the legislation became law in November 2014, he was “naive” that this would be the end of his fight.

“I thought, ‘OK, my battle is over, I’ve achieved this’,” he said. “They have dishonoured the person the bill is named after, 15-year-old Vanessa Young.”

Conservative health critic Colin Carrie agrees his former colleague has raised legitimate concerns, saying the minister needs to take a close look at what is going on in her department.

“I think she needs to be concerned that the proposal being put forward by her department doesn’t follow through with what we passed in the House and it is legitimate for her to ask questions,” he said, adding he intends to raise the issue in the Commons in the fall.

“This was something supported by all parties.”

NDP health critic Don Davies also sees a reason for the minister to be concerned.

“The bill has given the government real potential to improve drug safety and save lives, but I am concerned that with the release of the … documents that the government may be attempting to water down the protections I think the bill really was intended and sought to bring in,” Davies said.

“We should be seeking to capture every serious adverse drug reaction so we have the widest possible data if we are really going to meet the bill’s objectives of saving lives.”

David Lee, Health Canada’s chief regulatory officer of health products and food branch, said the department is conducting consultations on regulations for Vanessa’s Law and is working to follow the intent of Parliament and focus on patient safety.

“The department sees Vanessa’s Law and the changes to the Food and Drugs Act as very essential safety inclusions,” he said in an interview.

“If there are comments that make us think about the scope of a provision or the kind of information that should be publicly available, that’s exactly what we want to know through the consultation.”

Philpott’s office has not provided further comment, but in a letter sent to Young in May, the minister said she welcomed the opportunity to discuss the law’s implementation.

Young said that meeting has yet to happen.