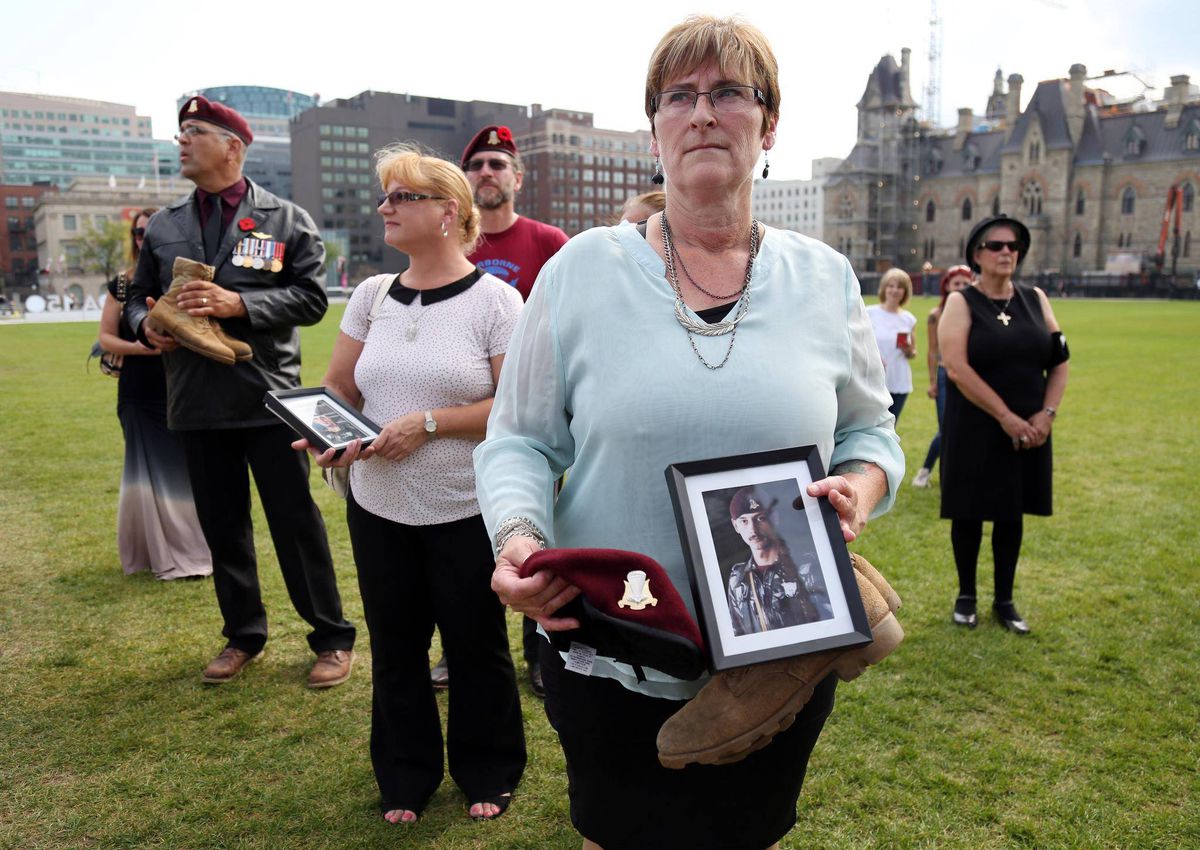 A foundation created to inform the public about the harms of mefloquine is asking Justin Trudeau to reopen an inquiry into the 25-year-old killing of a Somali teenager by Canadian soldiers who had been ordered to take the drug as part of an improperly conducted clinical trial.

The appeal to the Prime Minister comes as some veterans of the peacekeeping mission in Somalia say their brains were permanently damaged by the anti-malarial medication. It was administered without proper oversight and caused a host of reported side effects during the deployment, including anxiety, paranoia, depression, hallucinations and psychotic behaviour.

An inquiry into the killing of 16-year-old Shidane Arone, who died on March 16, 1993, was ended in 1997 by the then-Liberal government before the commissioner could explore what part mefloquine may have played in the brutality.

“We are requesting that the Government of Canada reopen the Somalia Commission of Inquiry to investigate the role of mefloquine poisoning in the events of that era, including in the beating death of Shidane Arone,” Remington Nevin, the Canadian-born doctor who heads the Vermont-based foundation wrote in the letter dated Saturday.

“As we approach the quarter-century anniversary of this Canadian tragedy,” Dr. Nevin wrote, “we encourage you to take action to finally address these unanswered questions related to mefloquine, and to provide a long-overdue measure of justice to the families of Clayton Matchee [one of the soldiers who was charged in the death] and Shidane Arone.”

The Somali teen, who was caught sneaking into the compound of Canadian peacekeepers, was tortured and beaten over the course of several hours and succumbed to the blows.

Mr. Matchee, a master corporal, was charged with murder but did not stand trial because of brain damage he suffered during a suicide attempt two days after the event. One Somalia veteran who witnessed the beating says Mr. Matchee was hallucinating at the time.

Marj Matchee, Mr. Matchee’s wife, is convinced that mefloquine is responsible for his actions. When Mr. Matchee took mefloquine prior to his deployment, “it was like he flipped a switch and became a completely different person,” she said in a telephone interview on Sunday.

“He was horrifically nasty and mean and angry,” Ms. Matchee said. “And then he stayed away and wouldn’t come home and finally he came home just before he left and he said, ‘I’m sorry it’s this drug, I can’t function right,’ and I said, ‘Well you’re going to have to get off this.’ And he said, ‘I can’t. It’s orders from headquarters.'”

She said her husband, who has been confined to a Saskatchewan mental hospital for 25 years, had never been abusive before he took the antimalarial.

But, when he was on mefloquine, “I didn’t know that man,” Ms. Matchee said. “He was wild-eyed and weird and he choked me out in the middle of the night and had really bad visual nightmares that were still happening while he was wide awake.”

The Canadian military conducted a review of the medical literature this year and concluded that there is no evidence that mefloquine causes long-lasting problems. But it now says alternative drugs are the preferred options for soldiers who deploy to countries where malaria is a risk.

Still, an inquiry is needed to understand what happened in Somalia, Ms. Matchee said.

It is needed to “address this illegal drug trial, address the fact that these soldiers were not allowed to get off a drug that was obviously impairing them,” she said. “In order to right the wrong to all of these soldiers, the truth needs to be told. And for my family, we need the truth told.”

Reporter, THE GLOBE AND MAIL