A woman wants to sue the Canadian Armed Forces 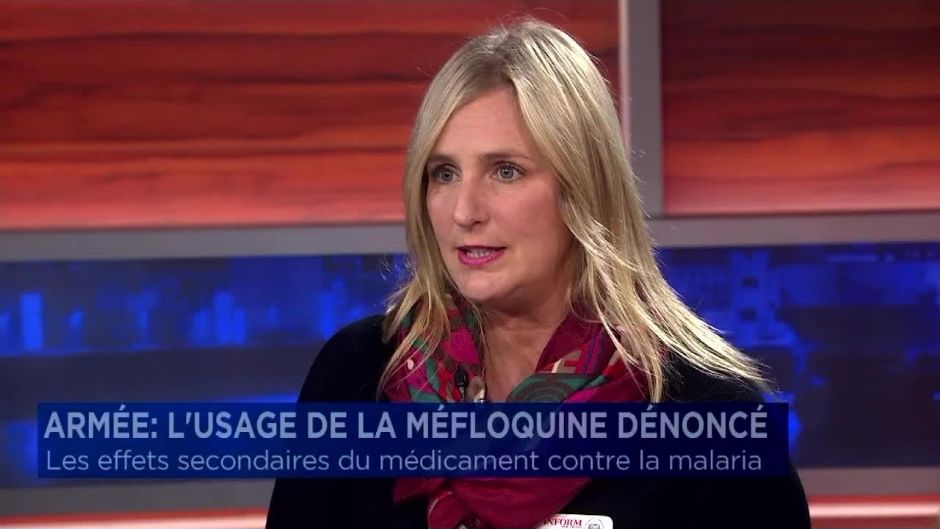 A woman wants a lawsuit against the Canadian Armed Forces after her ex-husband was forced to take medication against malaria, mefloquine, which cause serious side effects.

The former spouse Sonia Scalzo returned from a mission in Afghanistan anxious, confused and violent.He threatened and assaulted in rehearsals. Today, he is behind bars.

She is convinced that anti-malaria drug that the Armed Forces have administered to her ex-husband is the source of his problems.

“A soldier who goes on a mission, which is in a hostile environment, where there is a very high anxiety levels, and that gives him this medication there, it’s a very dangerous cocktail, soutient- she. And what is most deplorable in all this story is that when our troops return, National Defence is not able to recognize the symptoms. We put everything on the back of post-traumatic stress disorder. ”

Until recently, the side effects of mefloquine were poorly documented.

It was only in August that effects such as depression, hallucinations or anxiety attacks have been reported.

Given these developments, the Conservatives are asking the government to review the past and present situation.

“Mefloquine is proved that it is really a harmful drug, says Pierre Paul-Hus, Conservative MP for Charlesbourg-Haute-Saint-Charles. Even the Americans, the British have completely banned the use. ”

For Michel Drapeau, a retired colonel, the Canadian military downright used as guinea pigs. “We went to look, in the years preceding the Somalia deployment, authorization on an experimental basis to serve these drugs there,” he said.

Sonia Scalzo, meanwhile, refuses to sit idly. “I made a promise to my daughters that I would go to the end, just to show that I’m still here, I’m still standing,” she adds.

The Chief of Staff Jonathan Vance recently claimed to have concerns about mefloquine. Moreover, the Surgeon General of the Canadian Forces is studying the issue.