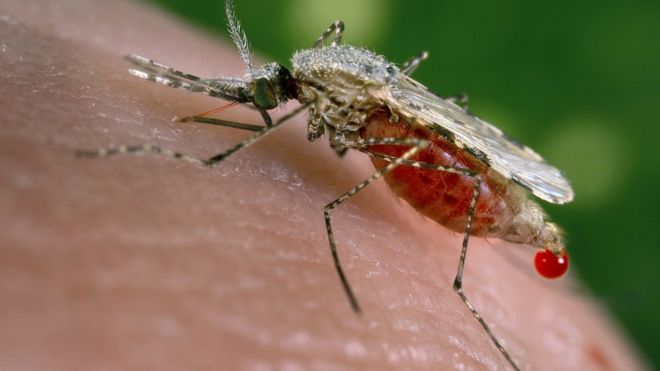 Malaria is caused by a parasite spread by blood-sucking mosquitoes.

The rapid spread of “super malaria” in South East Asia is an alarming global threat, scientists are warning.

This dangerous form of the malaria parasite cannot be killed with the main anti-malaria drugs. It emerged in Cambodia but has since spread through parts of Thailand, Laos and has arrived in southern Vietnam.

The team at the Oxford Tropical Medicine Research Unit in Bangkok said there was a real danger of malaria becoming untreatable. Prof Arjen Dondorp, the head of the unit, told the BBC News website: “We think it is a serious threat. It is alarming that this strain is spreading so quickly through the whole region and we fear it can spread further [and eventually] jump to Africa.”

In a letter, published in The Lancet Infectious Diseases, the researchers detail the “recent sinister development” that has seen resistance to the drug artemisinin emerge. About 212 million people are infected with malaria each year. It is caused by a parasite that is spread by blood-sucking mosquitoes and is a major killer of children. The first choice treatment for malaria is artemisinin in combination with piperaquine. But as artemisinin has become less effective, the parasite has now evolved to resist piperaquine too. There have now been “alarming rates of failure”, the letter says. Prof Dondorp said the treatment was failing around a third of the time in Vietnam while in some regions of Cambodia the failure rate was closer to 60%. Resistance to the drugs would be catastrophic in Africa, where 92% of all malaria cases happen.

There is a push to eliminate malaria in the Greater Mekong sub-region before it is too late. Prof Dondorp added: “It’s a race against the clock – we have to eliminate it before malaria becomes untreatable again and we see a lot of deaths. If I’m honest, I’m quite worried.” Michael Chew, from the Wellcome Trust medical research charity, said: “The spread of this malaria ‘superbug’ strain, resistant to the most effective drug we have, is alarming and has major implications for public health globally. Around 700,000 people a year die from drug-resistant infections, including malaria. If nothing is done, this could increase to millions of people every year by 2050.”