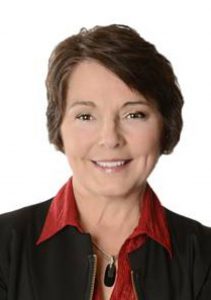 Cathay Wagantall, MP for the Yorkton-Melville riding, is meeting with veterans across the country this summer to discuss possible solutions to their problems.

Wagantall will be conducting a two-day tour through Saskatchewan in August to meet with veterans and listen to their concerns.

Wagantall, who serves as the Deputy Critic for Veterans Affairs for the Conservative Party, has just wrapped up a separate tour of Western Canada, where she met  former service men and women.

John Brassard, a fellow Conservative member and Official Opposition Critic for Veterans Affairs, joined her in this tour.

“Cathay and I wanted to hear the concerns of veterans in Western Canada directly in face-to-face talks,” Brassard stated in a news release.

In a phone interview, Wagantall said she wanted to get out of Ottawa and meet veterans so she could find out what they need and how she can best serve them.

“There really is a need to put their care as a priority,” she said.

“You can say, ‘Care, Compassion, Respect,’ but it’s another thing to do it,” she added.

Wagantall enjoyed hearing the personal stories of veterans, which reaffirmed her work goals.

Wagantall found that the biggest problem facing veterans is transitioning into civilian life. Many have to prove they qualify for benefits, which can be a struggle. A lot of them look to each other for help.

“We find the best people to help veterans are veterans,” Wagantall said.

Wagantall said another big problem facing veterans is mefloquine. The drug, which is used to treat malaria, has been linked to mental health complications such as depression and anxiety.

While the surgeon-general has recommended no longer using mefloquine as a first-line drug, Wagantall said Canada needs to catch up with countries like Germany, which have banned mefloquine entirely from military use.

Wagantall’s upcoming tour will focus on Saskatoon and Moose Jaw. Robert Kitchen, Veterans Affairs Committee Vice-Chair, will be joining her.

Wagantall hopes to connect with more veterans and address their rural concerns.

“[In Saskatchewan], you have to travel to get care,” she said.

Before her tour, Wagantall is visiting several locations in her Yorkton-Melville riding.

“It’s important for to visit communities in my riding,” she said.

Wagantall’s Saskatchewan tour starts in the third week of August.