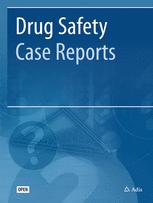 A 32-year-old male developed neuropsychiatric symptoms 2 weeks after starting mefloquine 250 mg/week for malaria prophylaxis. He continued to take the medication for the next 4 months. Initial symptoms included vivid dreams and anxiety, as well as balance problems. These symptoms persisted and progressed over the next 4 years to include vertigo, emotional lability, and poor short-term memory, which have greatly affected his personal and professional life. An extensive evaluation revealed objective evidence supporting a central vestibulopathy. These symptoms have been unresponsive to pharmacologic therapy and psychotherapy. A Naranjo assessment score of 6 was obtained for his initial symptoms, indicating a probable adverse drug reaction to mefloquine given the relationship between the clinical picture and drug exposure.