The devastating effects of a anti-malaria drug on the military 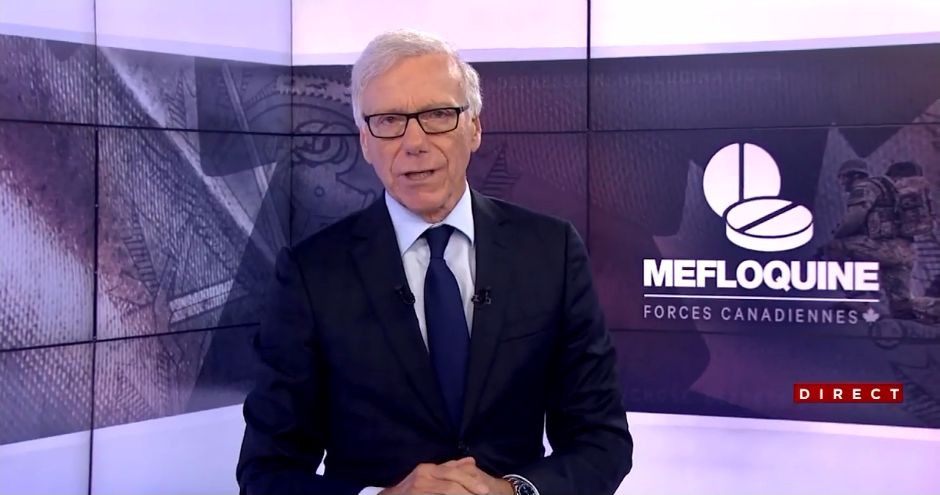 Somalia, Rwanda and Afghanistan, authorities administered for months mefloquine soldiers. The drug against malaria has devastating effects, some of them, ranging from hallucinations to depression.

For a pharmacist that we consulted, it is clear that mefloquine may, in some cases, cause serious problems.

“Approximately 1% of people will have side effects,” admits Jean-Yves Dionne.

“There are feelings of depression, perhaps even something else. When you go in the rarest cases, we talk about depression, psychosis and other. But this is not the kind of thing we will say straight to someone, because if it is very rare, we do not want to scare our customers, “he explains.

It was not until August that Health Canada recognized side effects of mefloquine. The drug is also always given to members of the Canadian forces.

“Less than 5% of our military using mefloquine and our members are informed about drugs,” said the Defense Minister of Canada Harjit Sajjan.

“The veterans committee is doing a study on the topic, see Health Canada knew or should have known and what should have been done,” said for his part the NDP MP for Laurier-Sainte-Marie Hélène Laverdière.

For the latter, you must know if the effects of the drug were not camouflaged.

“We know there are potentially has very significant effects. I know from experience, for taking it for 4 or 5 days, it’s a thing a bit too hard. ”

“The mefloquine should not even be an option, believes the veteran Claude Lalancette. A dose can affect anyone. Why take that chance? Somebody comes up, because we are dying. ”