An Australian veteran (not pictured) who claims her brain injury was caused by a controversial anti-malaria drug has compared the tablets with the notorious Agent Orange chemical.

An Australian veteran who claims her brain injury was caused by a controversial anti-malaria drug has compared the tablets with the notorious Agent Orange chemical.

The decorated veteran, who requested to remain anonymous, told Nine.com.au she was urged by superiors to sign a document agreeing to trial mefloquine – also known as lariam – before her deployment to East Timor in 2000.

The former Australian Army sergeant told Nine.com.au that despite receiving no briefing about the anti-malarial drugs she was urged to take, she was confident they were safe.

I thought they wouldn’t do an Agent Orange twice.

Agent Orange was a toxic chemical defoliant weapon sprayed across Vietnam by the US military during the Vietnam War. It aimed to destroy thick jungle foliage and crops to deny the enemy cover and disrupt their food supplies. But years later it resulted in serious health problem among US and Australian military personnel who served in Vietnam and their offspring.

The veteran said officers made it clear she and other soldiers had to sign the document or they wouldn’t make the peacekeeping force deployment to East Timor.

“I was confident the drugs were not going to harm us. I listened to our officers and was sure the army had learned from Agent Orange,” she said.

But after returning from the six-month deployment in 2001, her health took a turn for the worst. 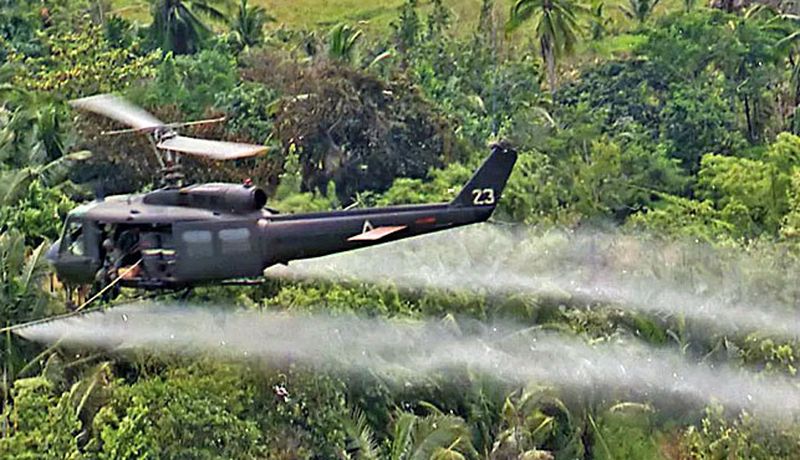 An Australian veteran who claims her brain injury was caused by a controversial anti-malaria drug has compared the tablets with the notorious Agent Orange chemical.

“I started feeling really tired, lacking any energy and experiencing diorrehea and feeling queasy. I had been a keen runner and into fitness but felt so tired all the time.”

Then soon after playing in a rugby trial she experienced serious sight problems and doctors discovered swelling on her brain. In 2004, she was medically discharged by the army due to hearing loss, but her health problems continued. Today she suffers an array of ailments including chronic arthritis, sinus troubles and a very low immune system. Most alarmingly, she says her brain injury has continued to worsen.

But she says she feels luckier than many of the estimated 2500 ADF personnel who took mefloquine or another anti-malaria drug tafenoquine.

“I was one of the older soldiers and in a position of leadership. I’ve kept fighting for over a decade now. But it’s the younger soldiers I really feel for. The ones who took it when they were just 18 or 19. I’ve heard of self harm and even suicides by some of them due to their poor health from these drugs.”

A spokesperson for the Department of Defence told nine.com.au: “Defence has published a significant amount of information on this matter as part of ongoing efforts to assist those with concerns regarding the use of mefloquine in the ADF.”

“That information includes details on the deadly impact of malaria, anti-malarial medications, research publications, an IGADF (Inspector General of the ADF) inquiry report, and the support services that are available, and can be found at www.defence.gov.au/Health/HealthPortal/Malaria/default.asp.”

Nine.com.au established the correct identity of the veteran in this article but respected her wishes to remain anonymous.