Vets to meet with VA Committee

Dave Bona waited 20 years for a chance to tell Canadian MPs about the plight of soldiers like himself suffering for years from harmful side-effects of the anti-malaria drug mefloquine. 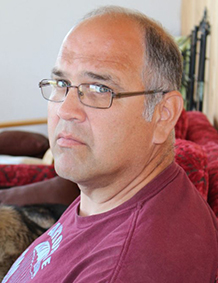 This week, Bona, who lives near Saskatoon, will travel to Ottawa and present his case to the standing committee on veterans affairs along with three medical experts and three other soldiers who suffer mefloquine side-effects, which include nightmares, paranoia, aggression, anxiety and suicidal thoughts.

Bona was surprised Veterans Affairs Minister Kent Hehr finally opened the door to the mefloquine issue at the standing committee. For years, successive federal governments have refused to address the long-term side-effects among soldiers who took the controversial drug. About 15,677 took the drug between 2001 and 2012; more than a 1,000 others took it in the 1990s.

“I am going to draw attention to the hardest thing to talk about — the depression and suicidal thoughts that can come with mefloquine,” said Bona.

Read the Full Article at The Star Phoenix